Excellence. Innovation. Teamwork. Service. Ten S.C. Department of Health and Environmental Control employees were honored Thursday, April 14, 2016, for embodying these core values. The Director’s Award, established in 2015, is DHEC’s most prestigious employee award and is presented annually to team members who exemplify the agency’s values.

The winners were selected from a pool of 58 nominations submitted by colleagues from throughout the agency. The Director’s Award Selection Committee had the difficult task of closely reviewing all of the nominations and choosing the final award winners from the competitive group of nominees. 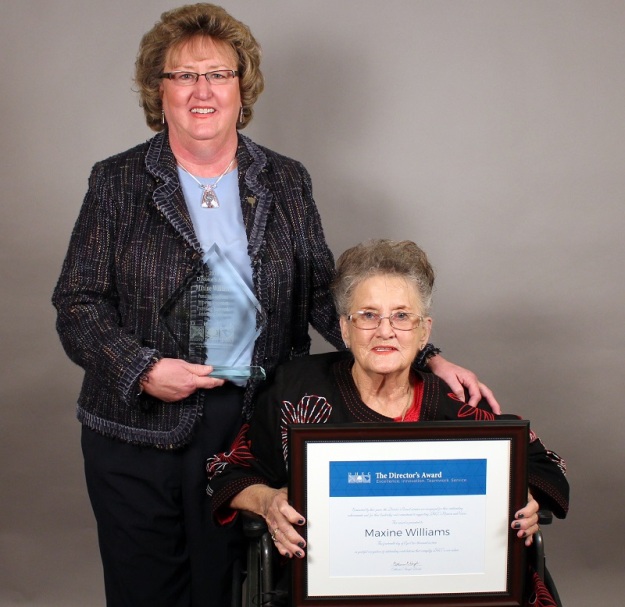 Maxine Williams accepting her award along with her mother.

Maxine Williams is the program director in the Upstate Region where she oversees preventive health, immunizations and school-located vaccination clinics. She has worked at DHEC almost 16 years and also served in the Pee Dee Region and as a family planning nurse consultant in the Central Office.

In the words of one of her colleagues, “Maxine is one of those rare people who gives tirelessly of their time, knowledge and skills. She cares—not about recognition, awards, accolades or pats on the back—but about her staff, co-workers, friends, family and the clients we serve.”

Maxine’s dedication to finding and piloting new ways to improve care, streamline processes and improve productivity earned her the nickname “Pilot Queen” among her staff and colleagues.  One of her lasting innovations was the first Preventive Health Nurse Integration Program, which she launched in the Pee Dee Region. The program is now used statewide and is a standard for Sexually Transmitted Diseases/Family Planning services. She encourages her staff to “think outside the box,” and they know creativity is respected and rewarded.

At the center of all Maxine’s efforts is a heart of service, the willingness to do whatever is needed and a genuine concern for others.  You’ll find her in the trenches with her team, always ready to work alongside them, advocate on their behalf, challenge them to do better and support them through it all.

DHEC is privileged to have Maxine as a member of our team, inspiring those around her to dream big, work hard and serve with excellence. 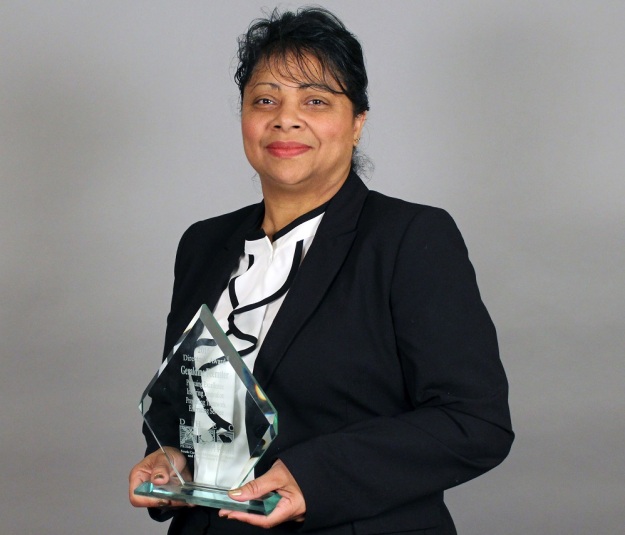 Geraldine Feemster is a WIC administrative specialist in the York County Health Department in the Midlands Region.

She has worked at DHEC for more than 20 years and is a leader to her peers and beloved by WIC customers – many of whom she knows by name. Her strong commitment to WIC, calm disposition and genuine care for her customers is evident in the work she does every day, and she is making a difference in the lives of South Carolinians.

Geraldine is known for taking the time to get to know customers and for always serving with compassion and patience. She has worked to help grow not only WIC, but other health services as well, and wants York County Health Department to be a thriving place that serves the community.

Her commitment to service doesn’t stop with customers. She is also an outstanding teammate and leader who is always willing to help train a new employee, share institutional knowledge with colleagues and help staff members feel supported and empowered in their roles.

The relationships that Geraldine has built in the community and at DHEC are actively advancing the vision of healthy people living in healthy communities.

The team was recognized for its outstanding efforts to help ensure South Carolina developed a plan that worked for all stakeholders in response to the Environmental Protection Agency’s final rule on carbon emissions from existing power plants.

Once it was formed, the Clean Power Plan team quickly began expanding partnerships across the state to help ensure that South Carolina took a collaborative approach toward developing a plan that worked for the whole state and addressed South Carolina’s unique challenges.

The Clean Power Plan Team recognized the need to also receive input from the general public.  The team reached out to its network of community partners to discuss the federal rule and its impact. Team members contacted faith-based organizations, community advocacy organizations, low-income assistance organizations, and senior centers to get feedback on issues related to energy use in their communities.

Based on the early feedback, the team planned and held regional public engagement sessions on the state’s energy future.

The sessions included formal presentations by DHEC and the Office of Regulatory Staff, an interactive audience participation survey and opportunities for attendees to have one-on-one discussions with local electric providers, representatives from each of the major renewable energy sectors (wind, solar, biomass), staff from regulatory agencies, energy advocates and other organizations.

On December 8, 2015, the Electric Cooperatives of South Carolina, Inc. presented the Lineman’s Award to the Clean Power Plan Team in recognition of its diligent efforts to build consensus among S.C. stakeholders in addressing energy policy issues in a manner that may be beneficial to all South Carolinians.

In addition to the Lineman’s Award, the team received accolades from attendees of the public engagement sessions, as well as state and national organizations, commending it for collaborative efforts in organizing the informative meetings.

The group has won the respect and admiration of many across the state and nation because of its collaborative approach to understanding the Clean Power Plan, and seeking the insight of energy experts and citizens to identify forward-looking, creative solutions that promote and protect the health of the public and the environment.