Every September the SC Department of Health and Environmental Control (DHEC) recognizes National Suicide Prevention Month. This month was created to highlight ways everyone can prevent suicide in their families, friendships, and other relationships.

Suicide is defined as a death resulting from the use of force against oneself when evidence indicates that the use of force was intentional. Suicide is a serious public health issue that can have lasting harmful effects on individuals, families, and communities, according to the Centers for Disease Control and Prevention (CDC). 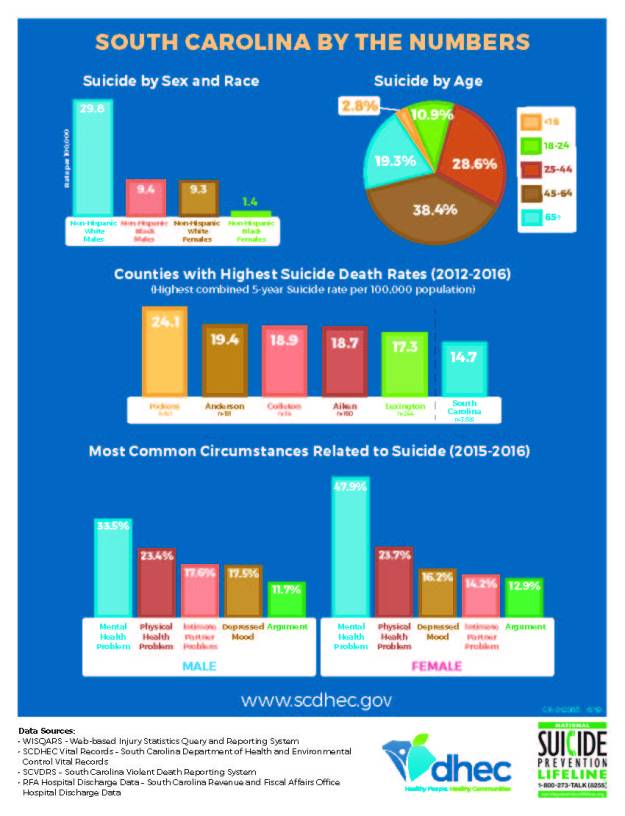 Know the Facts About Suicide in South Carolina

According to the 2018 South Carolina State Health Assessment: 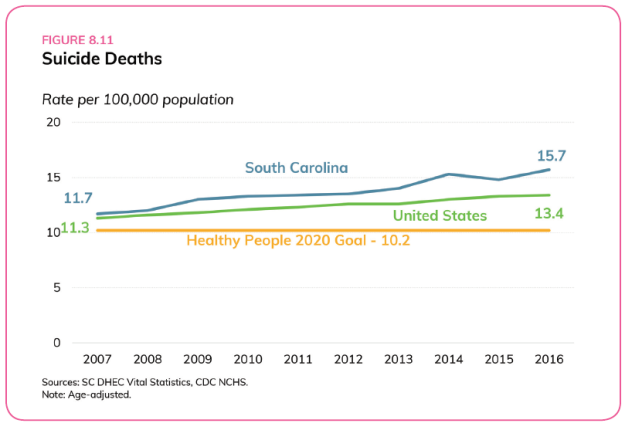 What is DHEC Doing to Stop Suicide?

Internally, DHEC has a workgroup comprised of 16 central office and regional staff from different bureaus, divisions and professions. With technical assistance from the SC Department of Mental Health’s Office of Suicide Prevention, this group is working to implement the Zero Suicide framework at the agency. The Zero Suicide work group focuses on the development of suicide safe care pathways within the agency, which includes the creation of agency wide policy and procedures to identify and refer individuals struggling with suicide, training standards, and quality improvement measures. Adoption of this evidence-based framework aligns with the recommendations from the South Carolina Strategy for Suicide Prevention 2018-2025, created by the South Carolina Suicide Prevention Coalition.

DHEC uses the SC Violent Death Reporting System to support state and national partners with their prevention efforts by collecting and analyzing violent death information to determine circumstances that contribute to suicide, homicide, and accidental firearm deaths within the state.

To learn more about suicide prevention and how you can make a difference, visit #BeThere to Help. 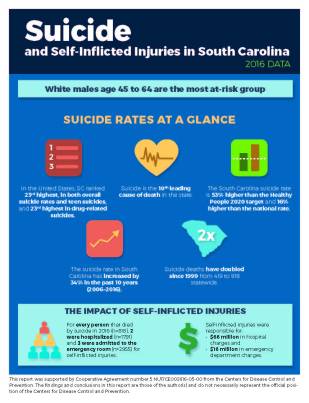 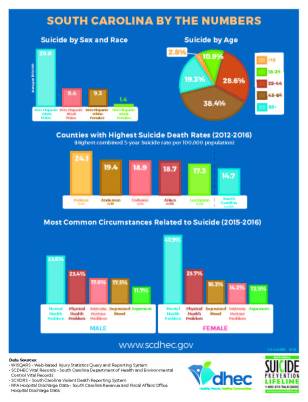