Participating local DHEC health departments will administer FREE HIV testing tomorrow, June 27, 2019 in recognition of National HIV Testing Day (NHTD).  No appointment necessary, but encouraged.  First observed in 1995, NHTD was created to increase awareness about HIV and encourage people to get tested.  This year’s theme is “Doing It My Way.”

HIV is a virus spread through certain body fluids that attack the body’s immune system, often called T cells.  Over time, HIV can destroy these cells so much that the body cannot fight off infections and disease and therefore creates a week immune system, making it susceptible to various diseases and cancers.

According to the Centers for Disease Control and Prevention (CDC), 1.1 million people in the United States are living with HIV, including approximately 166,000 people who are unaware of their status.  In the United States, HIV is mainly spread by having anal or vaginal sex with someone who is already infected without using a condom or sharing needles, syringes, rinse water, or other equipment used to prepare drugs for injection with someone who is infected.  Although it is not as common, HIV can be spread from mother to child during pregnancy, birth, or breastfeeding or by being stuck with an HIV-contaminated needle.

According to the 2018 South Carolina Health Assessment:

By ensuring that everyone who has HIV is aware of their infection and is receiving treatment, new HIV infections in South Carolina can be dramatically reduced.  Visit your local public health clinic and get tested.  (Tell a friend, too!)

In South Carolina, approximately 75 males (per 100,000) were living with hepatitis C compared to approximately 44 women.  Are you at risk for getting Hepatitis?  Take the Centers for Disease Control and Prevention (CDC) Risk Assessment and find out.

Six months later, McMaster says the state has made progress in a dual crisis – for health care and law enforcement.

Free, confidential and fast test results will be available without the need to schedule an appointment. LRMC counselors will be on hand to answer questions about HIV prevention and treatment options.

Test your poison ivy knowledge before the plant ruins your summer

(CNN)It was a close encounter in 2012 that made microbiologist John Jelesko take an interest in poison ivy.

The Virginia Tech associate professor was cutting up a downed tree with an electric chainsaw. What he didn’t realize was that his power cable had been dragging through poison ivy. …

“Within 48 hours, I had your classic case of poison ivy on my arm. And as a scientist, I said, ‘This is interesting, how bad can it be? I’ll just leave this untreated,'” he recalled, sheepishly. “In about two weeks, I had learned just how uncomfortable poison ivy rash could be.”

Despite the difference in these settings, the recently rebranded Palmetto Community Care is targeting each of the populations at these locations by offering HIV and hepatitis C tests outside the clinic’s walls.

Some sections of the beach in Myrtle Beach have been placed under a swimming advisory after high levels of bacteria were detected, the Department of Health and Environmental Control reported.

(CNN)A number of American states and metropolitan “hot spots” are vulnerable to outbreaks of vaccine-preventable disease, new research suggests. The reason? Children whose parents opted out of vaccination.

The risk of outbreaks is rising in 12 of the 18 states that permit nonmedical exemptions from childhood vaccinations, according to a study published Wednesday in the journal PLOS Medicine. Those states are Arkansas, Arizona, Idaho, Maine, Minnesota, North Dakota, Ohio, Oklahoma, Oregon, Pennsylvania, Texas and Utah.

May is Hepatitis Awareness Month, and while National Hepatitis Testing Day is on May 19, DHEC’s health departments will be providing free testing on May 16. 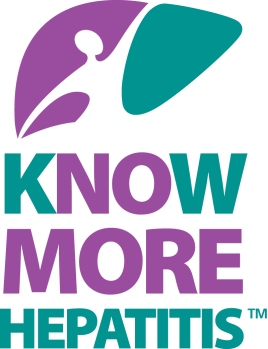 There are many strains of the hepatitis virus but for this year’s Hepatitis Awareness Month DHEC is focusing on Hepatitis A, B, and C, the major causes of contagious liver disease. The department urges anyone who has ever injected drugs, even once, and individuals born between 1945 and 1965, to talk with their healthcare professional about getting tested for hepatitis C and ask if they should be vaccinated for hepatitis A and B.

Hepatitis A is highly contagious. It can range from a mild illness lasting a few weeks to a severe illness lasting several months. Hepatitis A may occur in the context of community-wide epidemics, or from exposures to food contaminated with the virus. Hepatitis A usually spreads when a person unknowingly ingests the virus from objects, food, or drinks contaminated by undetected amounts of stool from an infected person. It can also spread from close personal contact with an infected person such as through sex, needle-sharing by IV drug users or caring for someone who is ill.

In 2016, there were 33 cases of acute hepatitis B and 457 cases of chronic hepatitis B reported in South Carolina. Hepatitis B cases were on a steady decline nationally after the widespread use of the hepatitis B vaccine, but in recent years that rate of decline has slowed.

Nearly half of people living with the hepatitis C virus have no symptoms and don’t know they are infected. The vast majority of new infections go undiagnosed. In South Carolina, almost 6,000 people were reported with chronic hepatitis C in 2016. Of those, the majority were baby boomers who were born between 1945 and 1965. Baby boomers are six times more likely to be infected with hepatitis C than those in other age groups. They are also at a much higher risk of death from the virus.

Nationally, the number of new hepatitis C infections has nearly tripled over five years, reaching a 15-year high. The greatest increases and the highest overall number of cases were among young people ages 20-29 who inject drugs.

Vaccinations are available for hepatitis A and B but not C.

For more information about viral hepatitis and where to get tested visit www.scdhec.gov/ViralHepatitis or call the STD/HIV Hotline at 1-800-322-2437.